Recommended businesses and organisations dedicated to bringing you the best WW1 modelling products, tools and references. 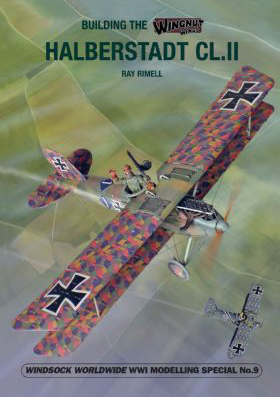 ​Albatros Productions
Ray Rimell has towered over the world of WW1 aviation modelling for five decades, leading the way for model companies and publishers alike - almost single-handedly at times flying the flag for our beloved subject and earning the whole community's respect, affection and admiration.
His tireless efforts have helped create a thriving model, decal, accessory and publications bonanza today, compared with the slim pickings of Ray's (and many of ours!) childhood..
Trust me - this would not have happened had it not been for Albatros Productions.

Hundreds of the indespensible "Datafile" series, penned - if not by Ray - by some of the world's leading experts. The Wingnut Wings build specials. The bi-monthly "Windsock" journals - now, sadly, overtaken by the relentless noise of the internet, full of well illustrated factual articles as well as modelling builds, "how to's" and reviews.
And featuring Aviattic products I am proud to say..

Back issues available from Albatros and some (limited) from Aviattic. 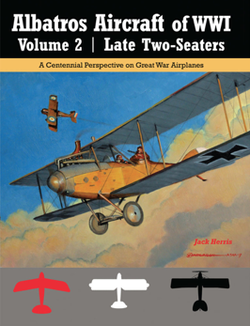 Aeronaut Books
Jack Herris' monumental series of quality volumes cover many rare and fascinating aspects of WW1 aviation, as well as the more familiar types, with photos drawn from some of the world's best collections (including mine!) and many surprises in each new release!
Colin Owers and Bruno Schmaling are among the luminaries who have contributed volumes to this impressive labour of love and all publications are the work of the very best in the field.

Highly recommended as a first "go to" reference point, this easy-to-read and nicely illustrated series are printed "on demand" via Amazon or Aeronaut books.

Cross and Cockade
The C&C journal (and its defunct US equivalent) are a "must-have" in any serious WW1 aviation enthusiasts library.
Articles of recent years have not flinched form exploring lesser known aspects of the air war and the reader is rewarded by thoroughly studying each each issue.

Back issues available from C&C and some (limited) from Aviattic.

The company appears to Wingnut Wings
What can one say?! Arriving out of the Antipodean blue in 2009, (at the start of the UK's "age of austerity"!)
Sir Peter Jackson's gift to us all just keeps giving - and taking every last penny of our expendable income!
​At last having the highest quality, dream-like kits of WW1 subjects inspired me and Harry to forge ahead (we had already developed "lozenge" decals for our own use) with Aviattic and eventually offer our own complimentary products.
The company appears to be enduring an enforced shut-down , the details of which have frustratingly not been made public.
1/32 and 1/24 Fokker DR.I and F.I projects have surfaced, albeit in an unfinished and inferior package, from Meng of China. Their 1/32 Lancaster, one of the most ambitious modelling projects ever undertaken, similarly promised from one of the Asian tooling companies embroiled in complex legal proceedings. Hopefully, one day soon we shall see other companies acquire the moulds to the Wingnuts range and re-releases will follow..

Łukasz Laskowski weaves his magic again after a short lay-off and is intent on defying the laws of physics yet more with an "improved" (!) range of resin cast engines and accessories..