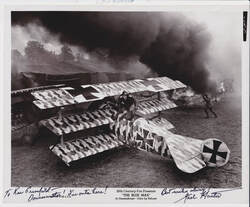 Jack Hunter signed photo - from my collection.
Having recently seen the film again I was inspired to look more closely at the painted "lozenge" in the film and this new range better reflects what I saw after many, many hours of study and replaces what I was offering previously.
The camo was applied over stencils which were used every which way round and so I offer two orientations so you can "mix it up" a bit, referring to film stills for inspiration.
The triplanes had their under-surfaces painted mid "pigeon" grey, the DVII's, Pfalz's, Stampes and Tiger Moth's painstakingly "lozenged" all over - even the non-flying mock-ups!...
Of course the colours bear no relation to either real covering practice or colour but are beautiful in their own right and the creative experience has brought a fresh appreciation of the film all over again! 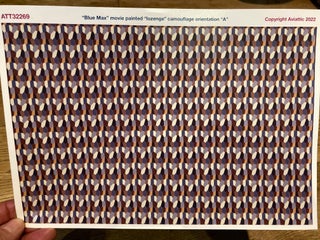 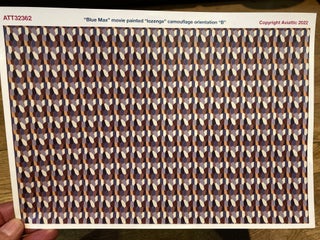