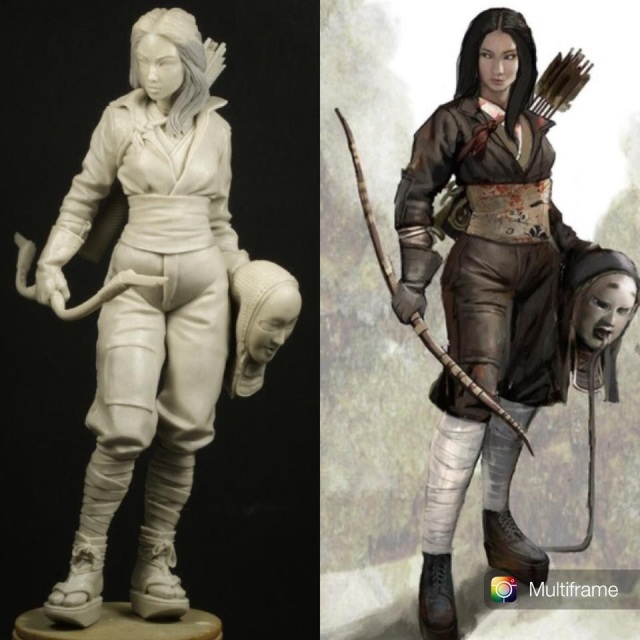 The Emperor's favourite geisha, descended from a family of noble Samurai archers, defends her master's Zeppelin, "The Imperial Cloud" with a squadron of newly developed aircraft giftedfrom the German government.

Yumiko prefers to despatch her prey from close quarters from the cockpit with her heirloom bow and arrows...

Yumiko is supplied with two optional heads..hair down and hair up in traditional style and two right arms, one holding her oxygen mask and one holding an arrow