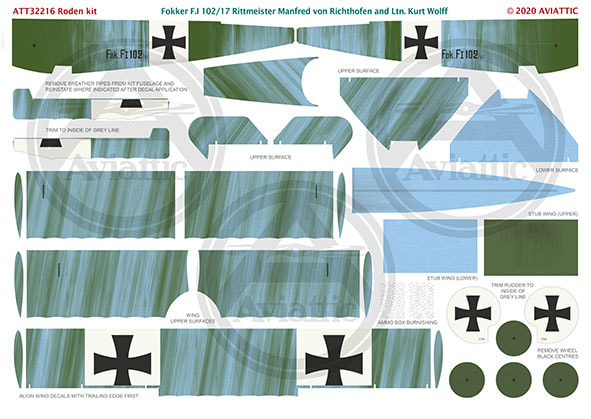 With the lack of tell-tale blue lines along bottom longeron and around the tail surfaces indicative of blue painting on undersurfaces only (as the production DR.I later exhibited), along with the description of Voss' machine as "silvery blue", this is how I believe the three prototypes appeared.

Tailored to fit the Roden Fokker F.I or Encore re-boxing

These prototypes did not exhibit all the normal part serial numbers.

Flown also by Staffel comrade Ltn Kurt Wolff, who was shot down and killed in this machine on 15th September 1917.